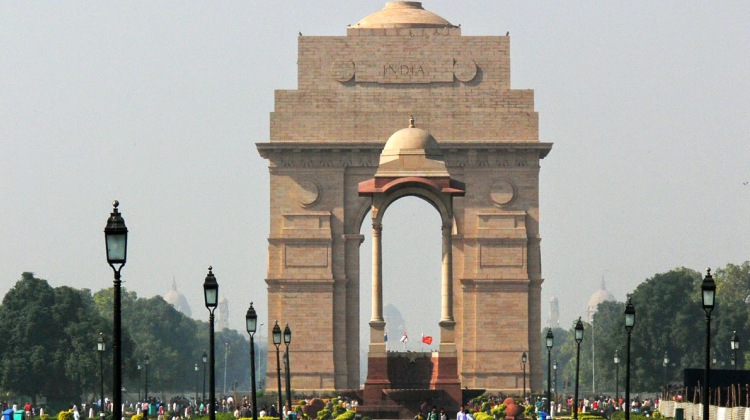 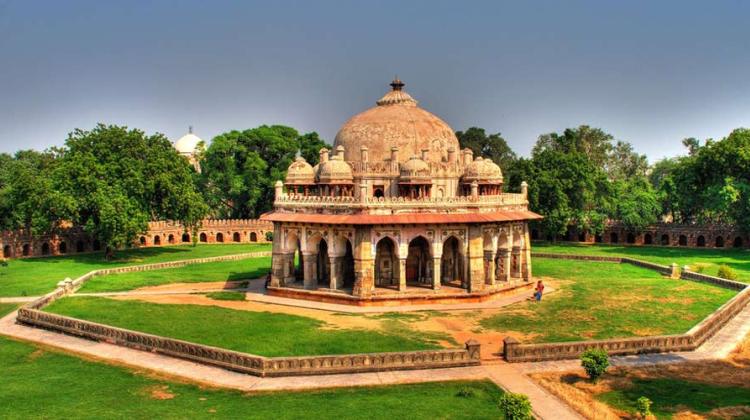 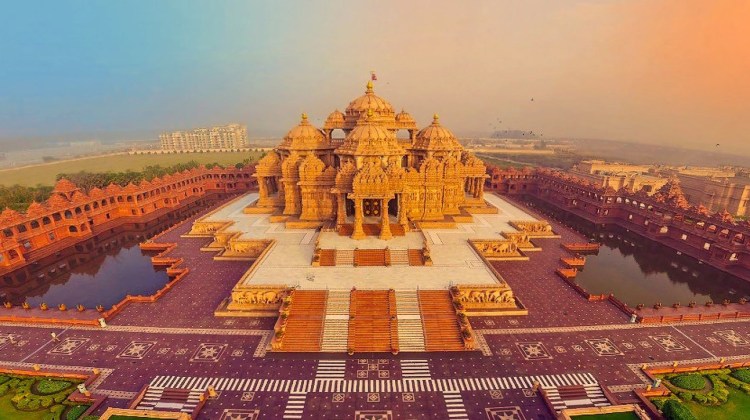 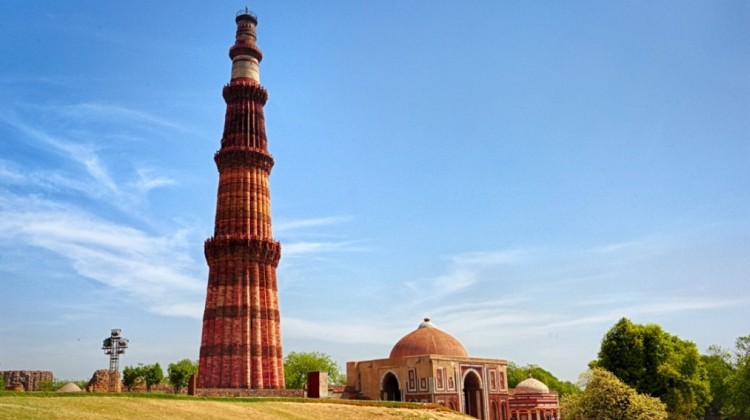 One of the most fascinating aspects of Delhi is the "visibility" of its historic past. Were it not for the demands of urbanization, large portions of the city could well be earmarked as archaeological parks. This is because the rulers of successive dynasties between the 13th and the 17th centuries established seven cities in different parts of Delhi. A chronological review of these cities fortunately also serves as a suitable itinerary for tourists and highlights the important monuments amongst the 1300 officially listed.

QUTUB MINAR - The origins of Qutab Minar are shrouded in controversy. Some believe it was erected as a tower of victory to signify the beginning of the Muslim rule in India. Others say it served as a minaret to the muezzins to call the faithful to prayer. No one can, however, dispute that the tower is not only one of the finest monuments in India, but also in the world.

Qutab-ud-din Aibak, the first Muslim ruler of Delhi, commenced the construction of the Qutab Minar in 1200 AD, but could only finish the basement. His successor, Iltutmush, added three more storeys, and in 1368, Firoz Shah Tughlak constructed the fifth and the last storey. The development of architectural styles from Aibak to Tughlak are quite evident in the minar. The relief work and even the materials used for construction differ.

RED FORT - So called because of the red stone with which it is built, the Red Fort is one of the most magnificent palaces in the world. India's history is also closely linked with this fort. It was frorth here ht the British deposed the last Mughal ruler, Bhadur Shah Zafar, marking the end of the three century long Mughal rule. It was also fromits ramparts that the first prime. Minister of India, pandit Jawharlal Nehru, announced to the nation that India was free form colonial rule.

The mughal emperor, Shah Jahan, after ruling from Agra for eleven years, decided to shift to Delhi and laid the foundation stone of the Red Fort in 1618. For its inauguration in 1647, the main halls of the palace were draped in rich tapestry and covered with silk from china and velvet from Turkey. With a circumference of almost one and a half miles, the fort is an irregular octagon and has two entrances, the Lahore and Delhi Gates.

HUMAYUN'S TOMB - The mughals brought with them a love for gardens, fountains and water. The first mature example of Mughal architecture in India, Humayun's Tomb was built by the emperor's grieving widow, Haji Begum, in 1565 AD. Constructed with red sandstone and ornamented marks the beginning of a new tradition of ornate style which culminated in the Taj Mahal of Agra.

Designed by the Persian architect, Mirza Ghyas, Humayun's Tomb shows a marked shift from the Persian tradition of using coloured tiles for ornamentation. Located in the midst of a large square garden, screened by high walls, with gateways to the south and west, the tomb is a square tower surmounted by a magnificent marble dome. The dome stands 140 feet from the base of the terrace and is topped with a copper pinnacle.

JANTAR MANTAR - At first sight, the Jantar Mantar appears like a gallery of modern art. It is, however, an observatory. Sawai Jia Singh II of Jaipur (1699-1743), a keen astronomer and a noble in the Mughal court, was dissatisfied by the errors of brass and metal astronomical instruments.

Under patronage from the emperor, he set on himself the task of correcting the existing astronomical tables and updating the almanac with more reliable instruments. Delhi's Jantar Mantar is the first of the five observatories that he built with large masonary instruments.

JAMA MASJID - Work on the Jama Masjid mosque was begun in 1650 by the Mughal Emperor Shah Jahan to complement his palace at the Red Fort. More than 5,000 workers toiled for six years to complete the largest mosque in India. Every Friday, the emperor and his retinue would travel in state from the fort to the mosque to attend the congressional prayers.

INDIA GATE - Built as a memorial to commemorate the 70,000 India soldiers killed in World War I, India Gate was designed by Sir Edwin Lutyens and completed in 1931. Located on Rajpath, the road which leads to the magnificent Rashtrapati Bhawan, the gate is 160 feet high with an arch of 138 feet. Built from sandstone, the arch also houses the Eternal Flame, a gesture in memory of the Indian soldiers who laid their lives in the 1971 war with Pakistan.

RAJGHAT - The mortal remains of Mahatma Gandhi were cremated on this spot on the west bank of the river Yamuna on the evening of January 31, 1948. A simple open platform inscribed with the Mahatma's last words, 'Hey Ram' (Oh God) is set in a garden with fountains and a variety of exotic trees.

$35per person
*Free for childs under 8 years old 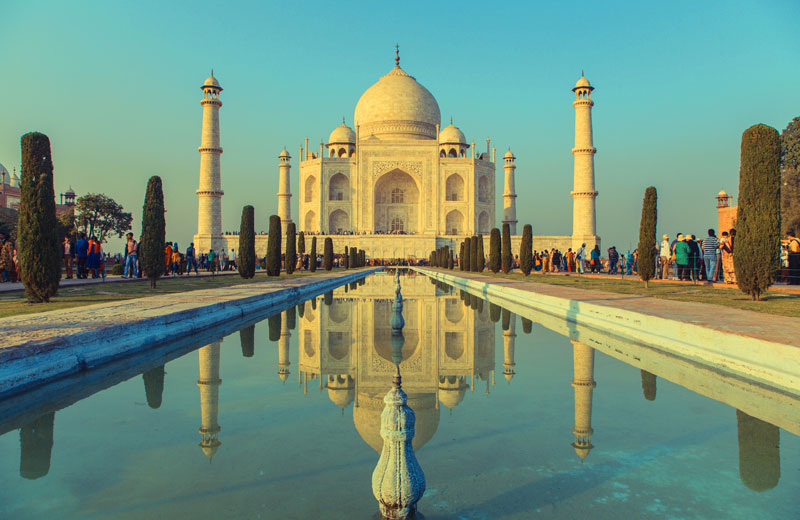 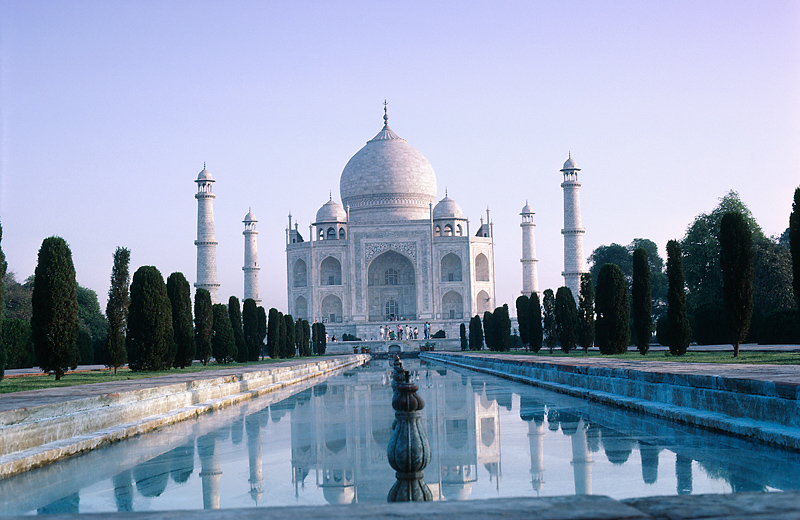 Explore beautiful Agra in one day

Explore beautiful Agra in one day.